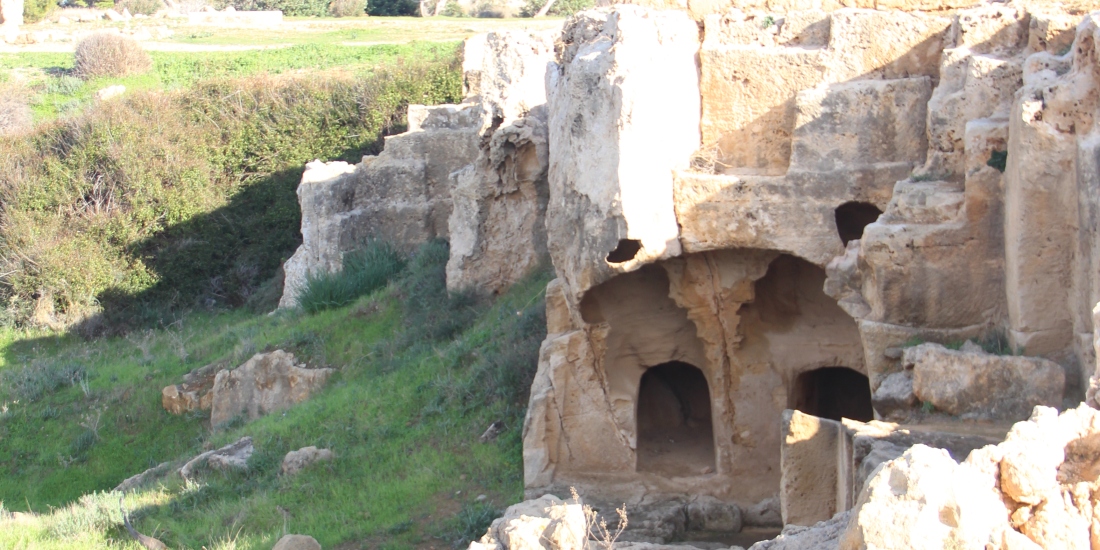 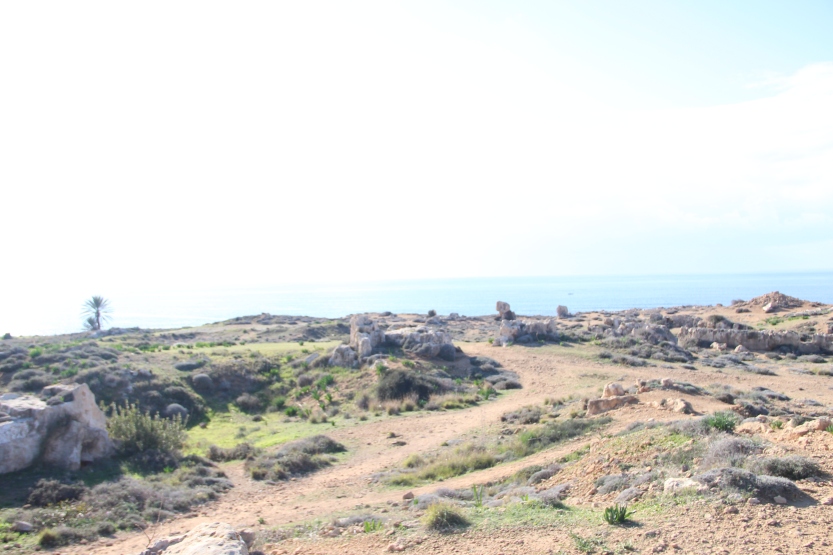 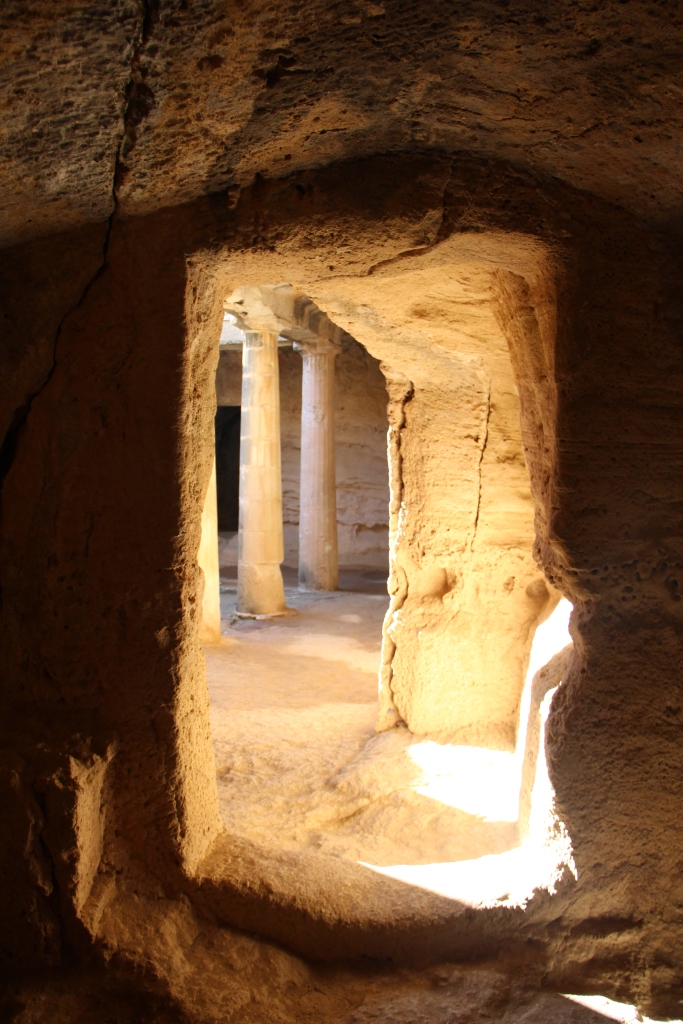 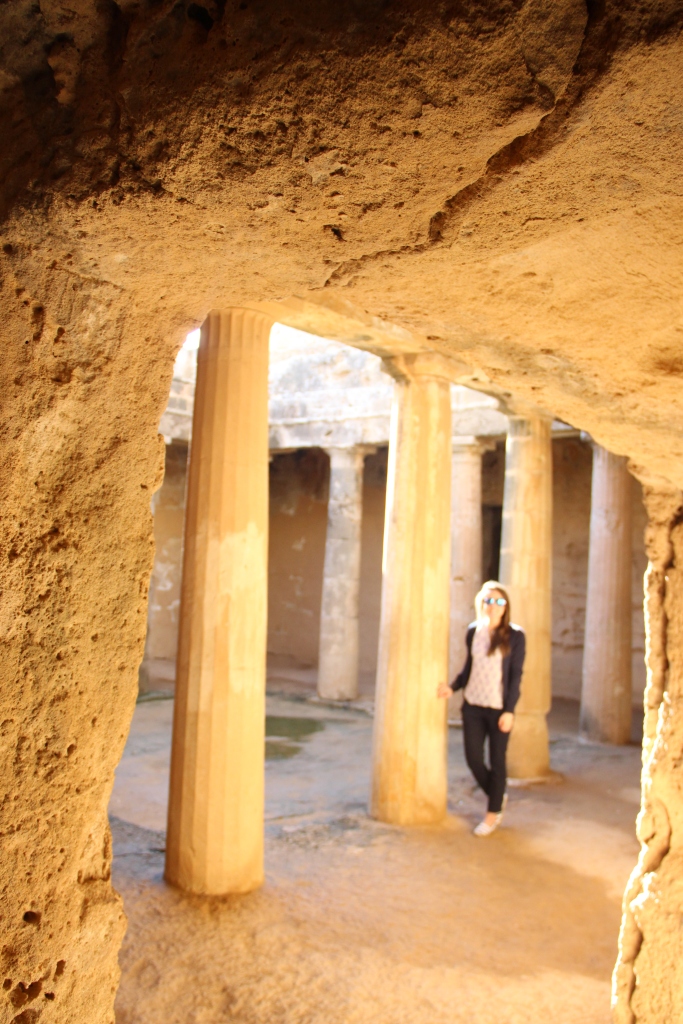 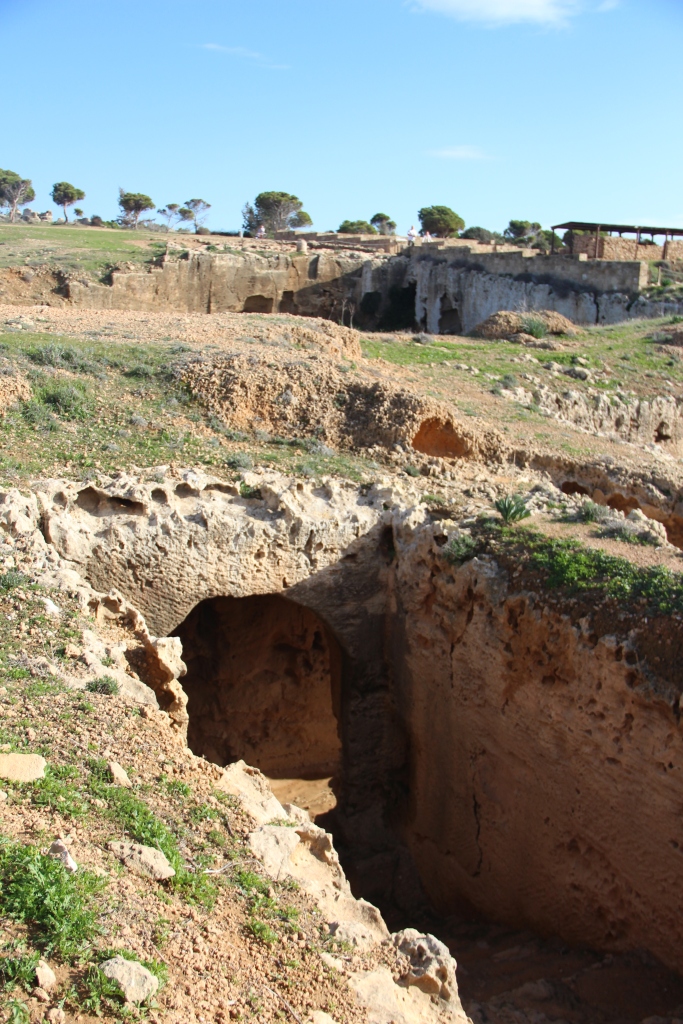 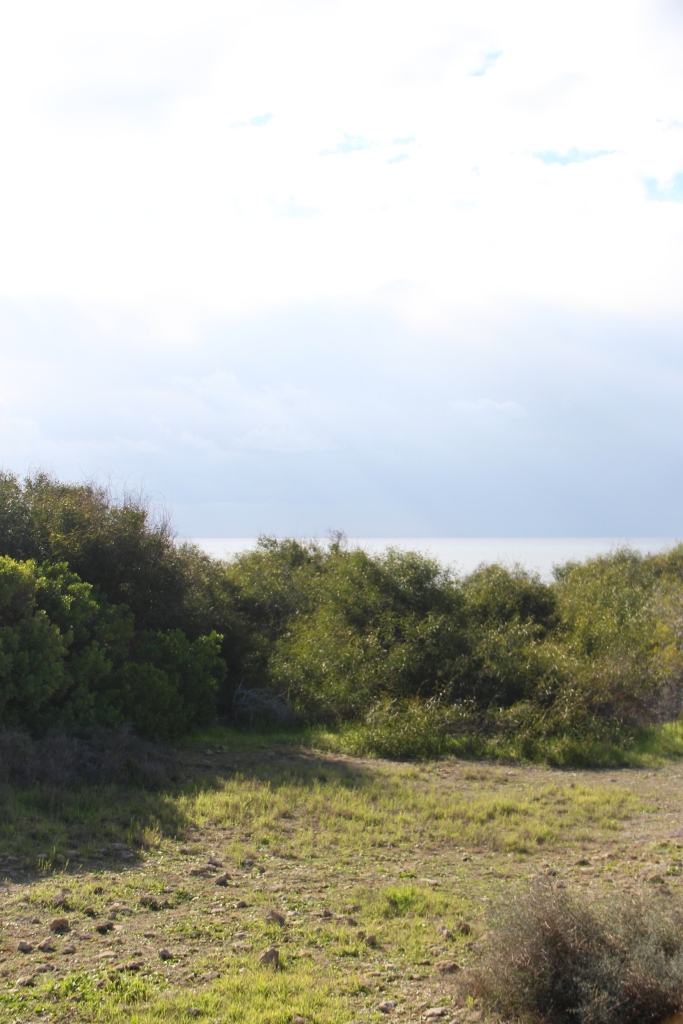 There are no kings buried in the Tomb of the Kings, but they’re still pretty majestic. In the fourth century B.C., Cyprus’ elite were laid to rest here. Archaeologists began to excavate the tombs in the 1970s, and today, they are a UNESCO World Heritage Site.

I read online that one needs hours to spend here, but we spent less than one. If we had more time on the island, we might have stayed longer, but we wanted to fit in as many activities as we could before the sun set at 5pm. That being said, we didn’t feel rushed at all. We simply wandered and took it all in, a giant open space, history against a backdrop of the Mediterranean Sea.