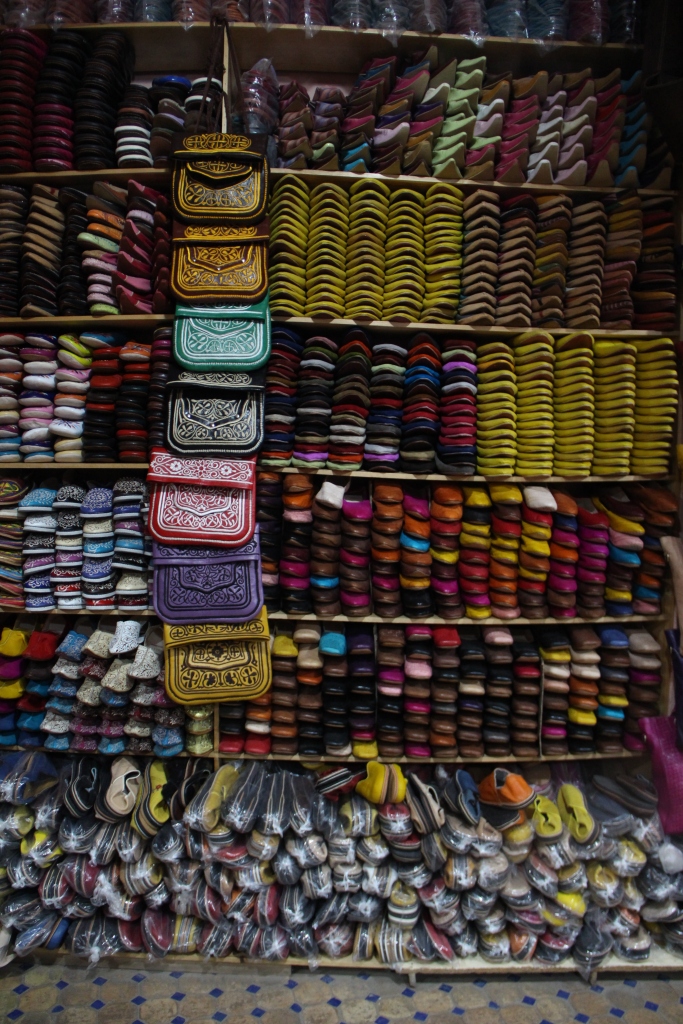 The Chouara Tannery in Fez has existed for nearly one thousand years. Every day, every year, every moment ever since, it has operated exactly as it has since the beginning.

Vats of cow urine, pigeon excrement, quicklime, salt, and water under the Moroccan sun.  Fresh animal carcasses submerged. The smell is vile; inhaling is made possible with sprigs of mint under the nose. Since it was winter when we visited, it was a bit more bearable.

We paid a man 10 dh (about $1) to take us, in spite of the instructions of nearly every guidebook. We knew he was unofficial and hoping to trick us out of more money, but his guidance was convenient. Later, we watched the tourism police take him away – but not until after we had paid him, a blurred but fair enforcement. We had accepted his services, after all.

I’m not sure if the leather shop that he delivered us to even had a name. We entered through a small door in a stone wall, ascended stairwell after stairwell until I lost count. Our reward; a glimpse at an ancient practice, of mundane and common, timeless, life.

I left with a pair of shoes that I love. The thousand-year smell of the tannery has, still, not left them.