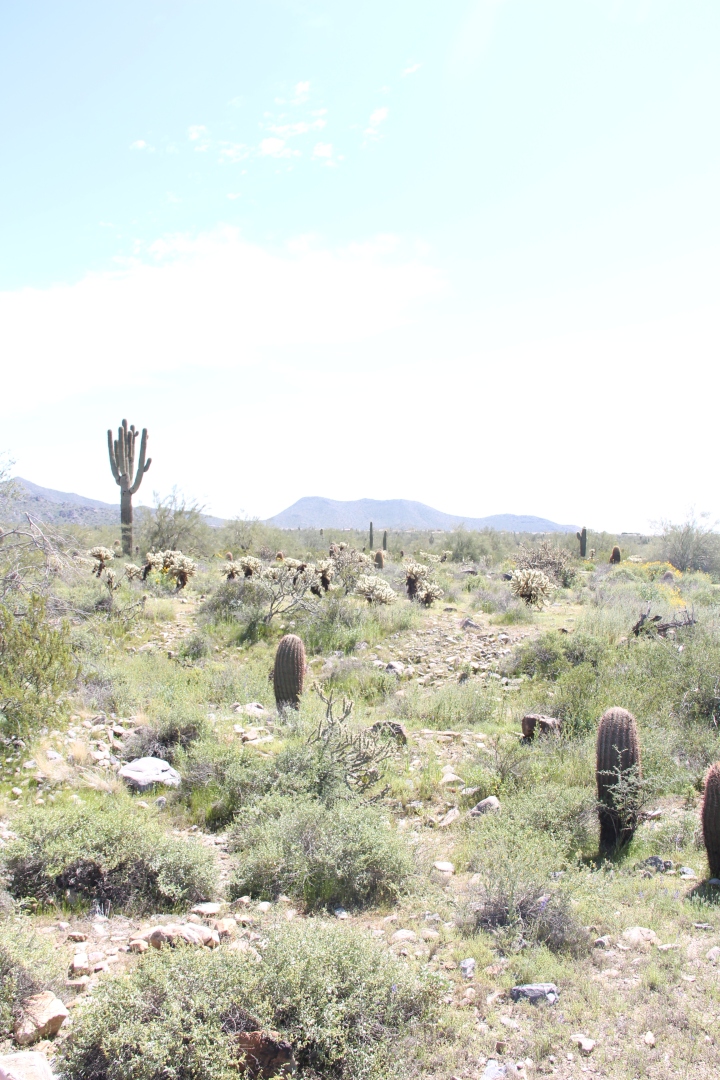 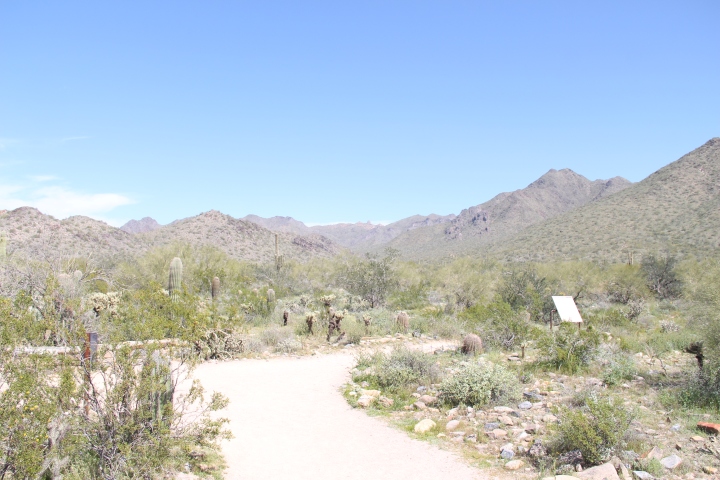 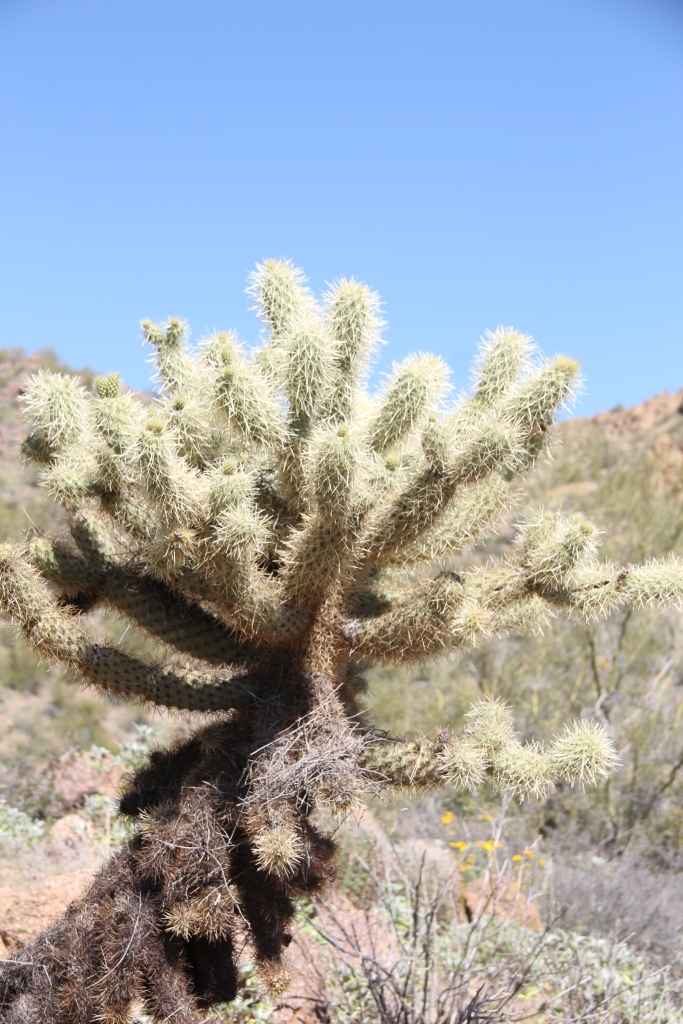 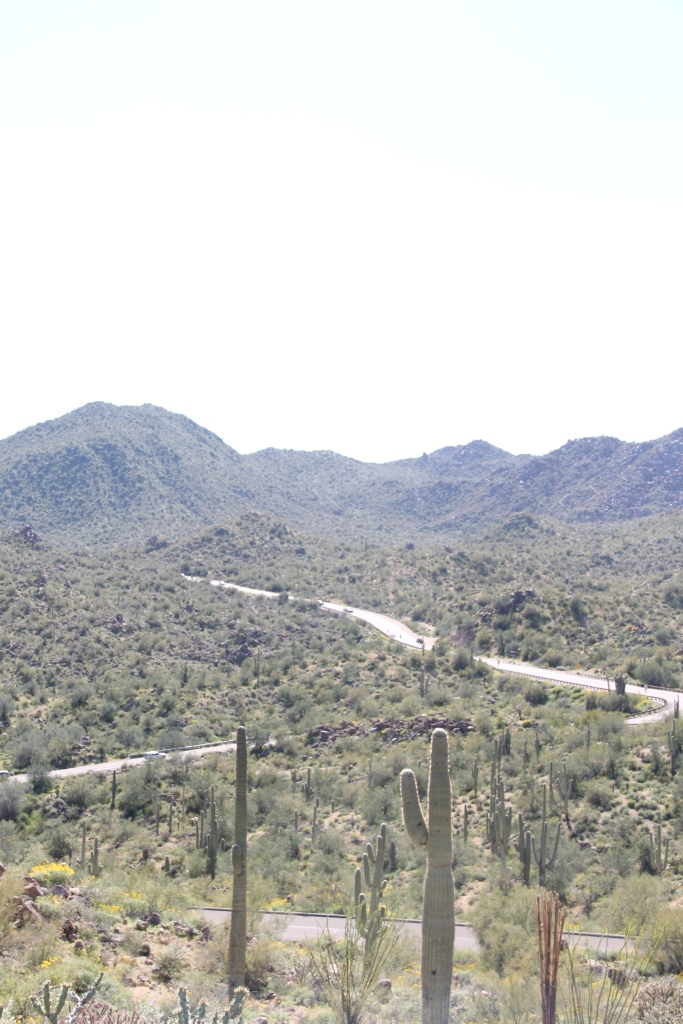 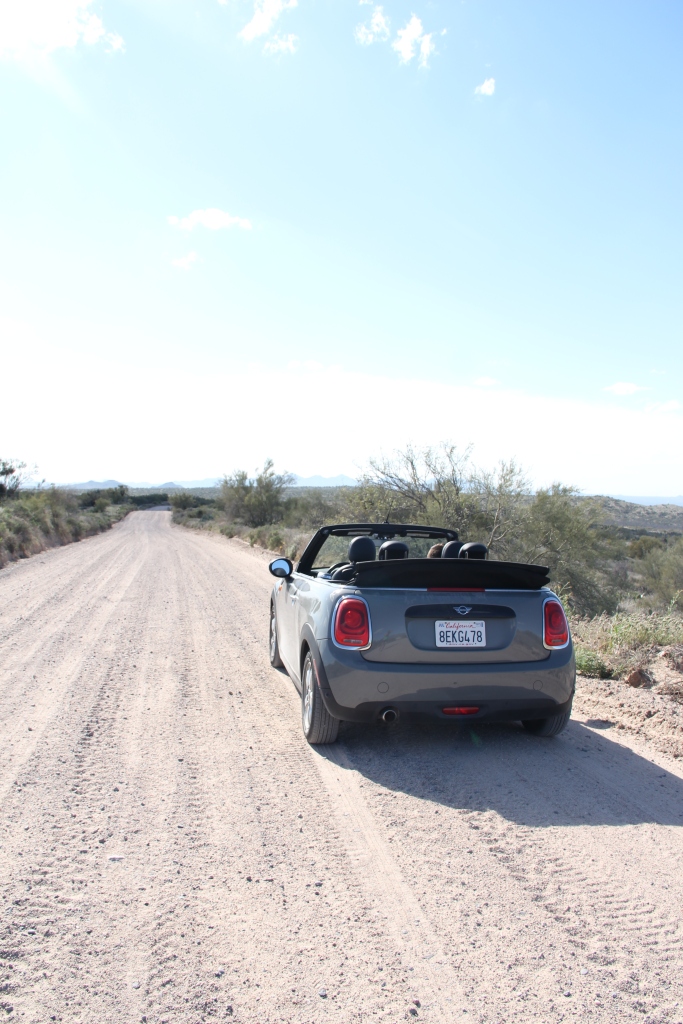 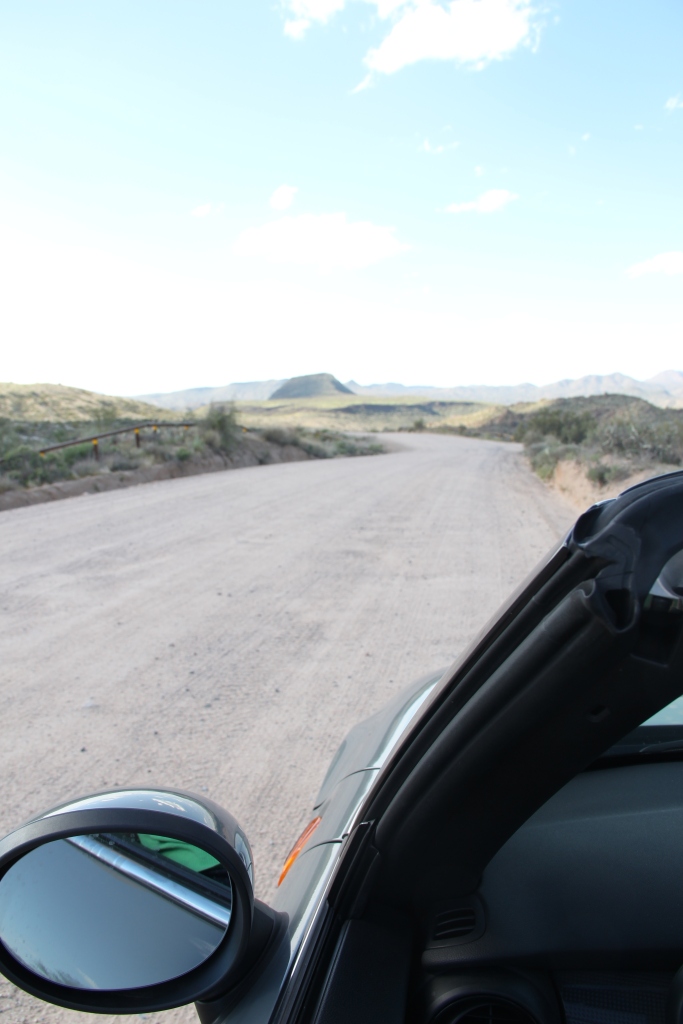 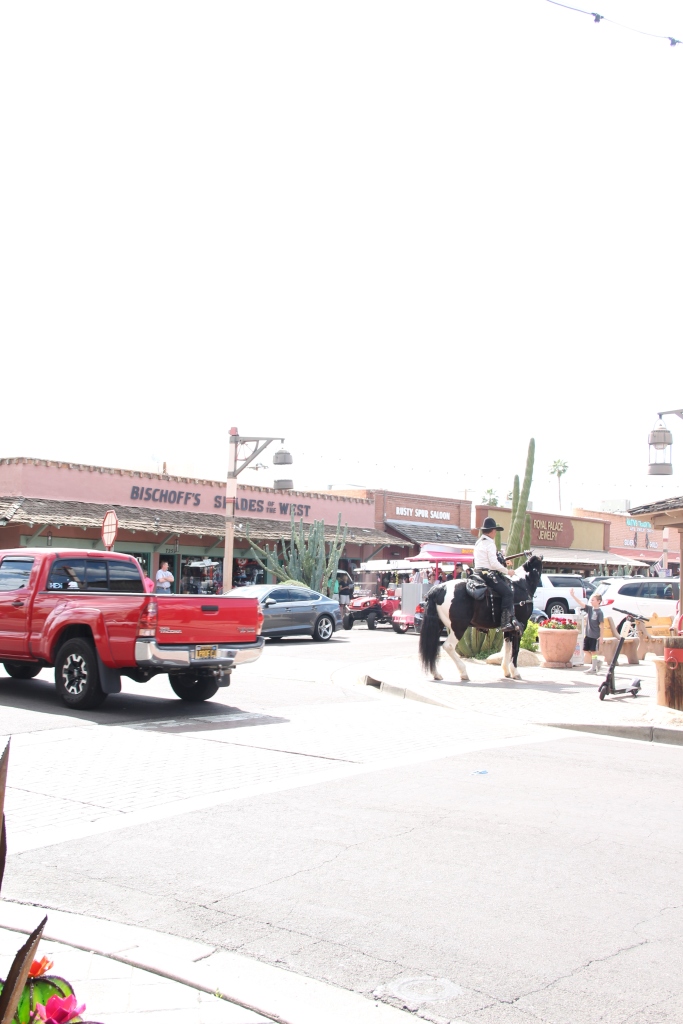 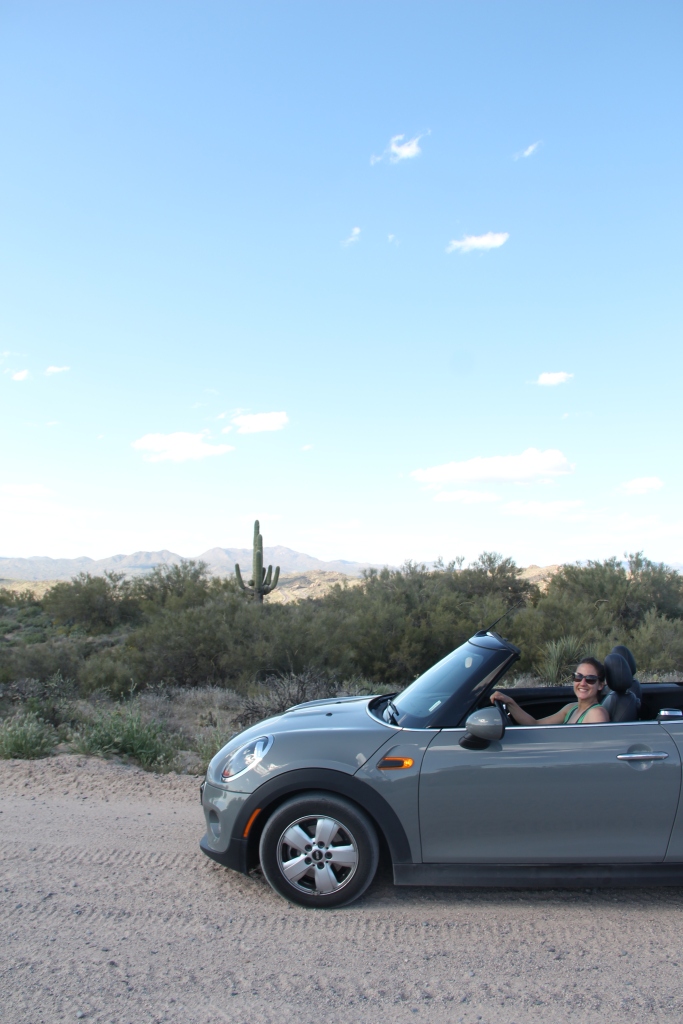 My trip to Phoenix was quick, for a family wedding. I landed late Thursday night and was gone Sunday afternoon; rather than planning excursions, focused on family things. The key development with the trip was that, when I first arrived and went to pick up my rental car (which I had booked for $200+ less than the going-rate thanks to a European website, much to the desk agent’s dismay), the company had run out of small economy cars and said they would upgrade me to a bigger car. A classic car rental move, however, I didn’t just book an economy car because it was cheaper, I booked it because I haven’t driven much since living in England, where if I ever drove I was driving a very small car. “Upgrading” to a bigger car was terrifying, which I expressed. And then, miraculously, I was offered a new car – a mini cooper *convertible* instead, and this became the best part of the entire weekend.

I drove home (in my convertible!), stayed up late to finish work, then went to bed. Friday, I woke up, worked out, worked, then found out my meetings for the rest of the day were cancelled, and since we still had a few hours until we had to get ready for the wedding, I took the convertible out north with family to the edges of the McDowell Sonoran preserve to take in the Arizona scenery (and cacti!). Not everyone was able to walk/hike, so although I did park at a trailhead, we only wandered a bit in the front of the park near the visitor center. It was simple. A fun thing that everyone could do together.

That afternoon and evening were spent doing wedding things. The next morning, Saturday, I took the convertible out again into the McDowell Mountains, this time with my brother and dressed in hiking gear. We drove along the beautiful Bush Highway to Lake Saguaro, which we discovered to be a packed recreation area with a marina and restaurant and full of boaters and beach-goers. We paid $12 to enter, parked on the edge of the bright blue lake tucked between the mountains. The sun was strong, light bounced on the water. Everything was surrounded by yellow wildflowers.

After walking around a bit, we climbed the steps to hike the Lake Saguaro vista trail. Brown, yellow, green, rock, cacti-covered mountain. We lost the path and spent quite a bit of time trying to ascent directly up the rock face to the top, only to eventually give up and climb back down, where we discovered the actual dirt path that led directly to the top. That view was incredible. Blue water, meeting mountains, meeting thread road winding through dry land below. Soundscape, music blasting from boats, distant hum of motors, birds.

After we descended, we returned to the car, aimlessly drove down the Bush Highway. Fresh, earthy air. Playing music, cutting through open space, around winding bends. Past wild horses, wild desert. I pulled off the highway onto a dirt road, and it was just us, the convertible, an instant film camera.

I would have driven forever, if I didn’t feel that we had to go back and see family. When we did leave, I took the long way, took it all in while we could.

That evening, we went out with family in downtown Scottsdale. The next morning, Sunday, my final day. Everyone had an early flight, except me, so I was on my own. I didn’t have too much time, but I took the car back downtown to walk around for an hour before I too had to go to the airport, fortunately finding parking right near Old Town to maximize my time. Everything here had a very Disney-World-esque vibe, Old Western style buildings and shops, obscured by a line of parked cars. Streets packed with tourists. A man sat on a horse and played guitar. I would have loved to spend more time here, to do the self-guided history walking tour or check out one of the many wineries I read about online. For now, though, I had to get to the airport.

And so I enjoyed one last, glorious convertible ride. Top open, sun on my skin.

When: March 2020 (first weekend, pre-coronavirus! A few days after returning, things started to shut down, and it’s crazy to think I had been at a busy airport not long before)

Via: Flew from Tampa to Phoenix Sky Harbor, rented a car and drove to Chandler

Ate – Loco Patron (Scottsdale, dinner), all other eating was via the hotel/wedding